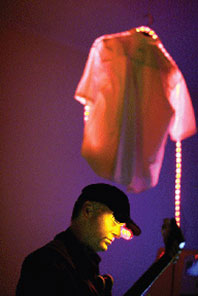 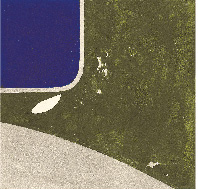 HISTORY
Composer Wiel Conen started his career in the United States by studying Music Theory in Los Angeles. He then studied Composition at the Juilliard School in New York.
Following his return to the Netherlands, he continued his training under composer Misha Mengelberg, including a spell at the Sweelinck Conservatory in Amsterdam.
In a recent interview, his teacher Mengelberg described Conen as follows: “He has Bruckner’s temperament: rather unworldly, extremely friendly and far from stupid. In his attic room he has a computer and a sampler, and he uses them to produce pieces, each of which is equally delightful. It is the nicest stuff I have come across recently.”
The words of praise fit with the modest aim which Conen sets for himself in his compositions: “To give shape to whatever is bubbling up inside me in such a way that an audience can derive satisfaction from it.”

DIFFUSENESS
Conen wants to use his work to tell stories. “It is not really about definite subjects, conscious beliefs or thoughts. It is about emotions, about atmospheres. Everyone has their own field in which they are expressive. For me, it is composing music.” In telling his stories, Conen consciously chooses for what he calls “depth of voice”. This has nothing to do with singing, but a lot to do with the range of the palette. “I want to have the freedom to use everything that I feel is necessary. For that reason, I will draw - particularly for the electronic compositions - from areas such as folk music, jazz and particularly pop music.”

IMPROVISED MUSIC
Wiel Conen started to write in 1978 following a period during which he performed as a guitarist focussing mainly on improvised music: pop and free jazz. “At that time, what I call ’moment compositions’ were created: improvisations which were recorded on tape on the spot. Working from those improvisations, I started to apply structure, and that led to actual compositions: particularly when I gained access to a multi-track tape recorder with which you can superimpose several soundtracks with different messages.” The emphasis increasingly shifted to composition. His guitar-playing slipped into the background.

THE NEW WORLD
The switch occurred in the United States. “When I went to the ’new world’, with two guitars in my luggage, it was mainly to find kindred spirits as a guitar player. But in Los Angeles I discovered that I found elaborating musical thoughts to be more important than playing music. In Los Angeles I started to write tunes down for the first time. I also made my first steps into atonality after attending lectures at the Schönberg Institute about the composer and his work.”
Years later, a television documentary about electronic music made a deep impression on him. It featured a report about new equipment which had been developed at IRCAM, the centre for electronic music in Paris. This equipment could be used to transform all kinds of sounds. Conen says: “It was fascinating that sounds could change their shape through digital processes.”
He started to experiment: with a simple computer at home and sometimes - using more advanced equipment - at STEIM, the centre for electronic music in Amsterdam.
Three years ago the composer purchased a computer which substantially expanded on the possibilities previously offered to him by tape recorders and the old PC. The electronic composition are now a very important part of his oeuvre. A selection of his works in this area will shortly be released on CD.

COMPOSING
Composition using musical notation with pencil and paper at the piano makes up the other area of Conen’s work. This technique has produced works for chamber orchestra, a string quartet and a song cycle, amongst other things. The fourteen works for piano which can be heard on this CD have been created over the past thirteen years. Conen comments on his piano compositions: “These are all my piano works up to 1995. They were first performed - also by Marijke van Duin - in Amsterdam in early 1996. The language which I am seeking to speak in these works is based on space, tension and stirred emotions. Where chaos and confusion appear to reign, the listener can also discover a new order. A clear development in my work over the past thirteen years can be heard in these works. By working with electronics, I discovered more and more possibilities and freedoms within composing with musical notation which I had thought only existed on the computer. Although the piano works are limited by the restrictions of the acoustic, I have consciously chosen not to add anything. The piano as an instrument has a multiplicity of possibilities. In fact, you can render all musical thoughts - including those for an orchestra - on a piano.”

2002
Composition/commission: Historical films from 1936 by Wim Cox from the Limburg Museum released on video

2014
Release CD in 2014 Improvisations for guitar/computer and voice

2010/2012
From 1001 Tranquillizers; elaborate improvisations for guitar and computer with guest musicians and visual artists

Nico Scholten works as a professional artist since 1982.
Graduated from Ateliers '63 Haarlem in 1979 and the Jan van Eyck Academy,
Maastricht in 1982. His work consists of drawing and painting in gouache and
watercolour. Main subjects: landscapes and formations in a still life atmosphere.
Addres: Rapenburg 65F
1011 TV Amsterdam.